Blogspot has been a very nice place for me for many years but I've got to admit that there are things that I don't feel satisfied with. So I finally decided to migrate to Wordpress to join some of my favourite bloggers. But of course I will surely come back and visit my old friends in Blogspot as well. So here it is, my new Wordpress blog >> http://ayuwat.wordpress.com/

See you all there!
Posted by Ayuwat Jearwattanakanok at 15:28 2 comments:

Richard's Pipit wasn't my only target while visiting Mae Hia Agricultural College during the past few days, I also looked out for the scarce Swinhoe's Snipe, which might join the flock of Pintail Snipes which was presenting in a flooded grassy plots at the college. The trick is to drive around through the plots and photograph the snipes from the car, otherwise, they'd flush very easily if you approach by foot. I came across 3-4 individuals in the morning but unfortunately couldn't quite put an ID on it due to the lack of nice views of its outer tail feathers. 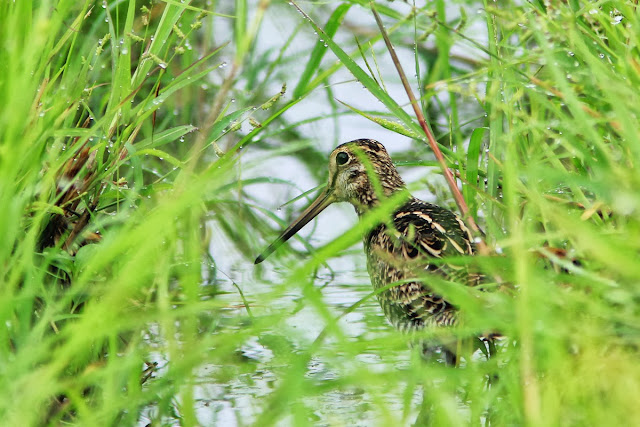 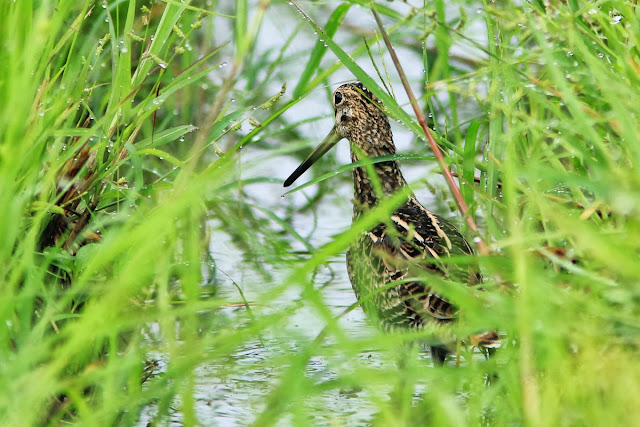 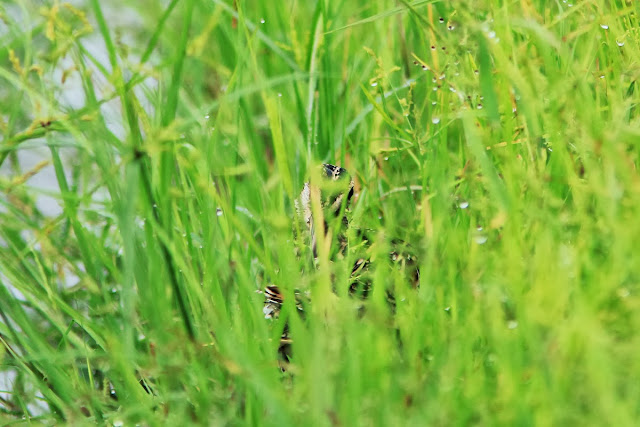 For the past 2 days, I've been driving around in the plantation plots at Mae Hia Agricultural College looking for Richard's Pipits which have already been reported since few days back. Despite being one of the commonest pipits in Asia, it is pretty scarce in Thailand, I think. In Chiang Mai, I've only seen it in this area and never in big number. Or maybe it is actually more widespread than I thought, but identifying it is so challenging that most people give up.

Apart from the differences in plumage and call, both species also differ in behaviours as well. Richard's being much shyer and more secretive, mainly stays in longer grass, except when all the plots are ploughed in dry season, while Paddyfield being much more showy and approachable. The first 2 shots of Richard's Pipit were taken from a car, that's why it was relatively close. Otherwise, they would normally flush since some 30-50 metres away!

On the morning of September 12 saw me checking my local patch at Cho Lae. I wanted to photograph the snipes which I've been seeing since September 2, but they proved to be much too difficult to photograph, so instead I turned my attention towards a flock of 9 Pacific Golden Plovers that were resting on the open field. I slowly crept from a distant towards the birds and when I approached approximately 20m from the closest bird, I lied down on the ground and slowly crawled with my elbows. In the end, I could get pretty close to them and I was pleased with the results.


Most of them were still moulting from breeding to non-breeding plumage showing some black feathers on the underparts. One of the birds was especially whitish due to more breeding feathers on the body which haven't been moulted yet.  I spent some 10-15 minutes photographing them as they slept and preened under the warm morning light. Then they somehow decided to fly up and move to other area in the distance.

These photos were taken on September 1st at Doi Inthanon, Chiang Mai. We first stopped at the second check-point early in the morning. There were actually fewer birds than I expected. A pair of Stripe-breasted Woodpeckers and Great Barbets were seen perching and calling from distant treetops. Some Grey-cheeked Fulvettas and Chestnut-vented Nuthatcheswere also seen feeding around the check-point, but otherwise it was quite quiet. However, when we decided to walk back downhill from the check-point, we encountered a really nice bird-wave just by the roadside.

The members that were joining the bird-wave included pairs of Short-billed Minivets and Grey-chinned Minivets, 3 Yellow-cheeked Tits, a Chestnut-crowned Warbler, Davison's Leaf-Warblers, Grey-chinned Fulvettas, Mountain Tailorbirds and the highlight, a male Clicking Shrike-Babbler. Even though not a rare bird, there is hardly any decent photo of this beautiful species. I was so happy to be able to get a few good shots of it as it surprisingly popped up from the low vegetation and stopped there for some time, enough for me to grab few shots before it moved up to the canopy where it normally stays. That morning was quite magical!